The Mosque-Cathedral of Cordoba: Architecture, Memory, and the Future

Most scholars know the Great Mosque of Cordoba as one of the great monuments of Islamic civilization. But for almost eight centuries, it has been the city's cathedral. Unlike other mosques on the Iberian peninsula, which were demolished and replaced by cathedrals and churches at some point after the Christian conquest, the Great Mosque of Cordoba survived. It was progressively adapted for Catholic worship with relatively minor changes. Then, in the 16th century, a strange thing happened: a massive choir and presbytery began to rise from the middle of the building. Over the course of the next two centuries, the surrounding fabric was progressively "christianized" - only to be "re-islamicized" in the 19th-20th centuries, in the era of Romanticism, Liberalism, and colonialism. Paradoxically, re-islamicization reached its highpoint under Franco's ultra-Catholic dictatorship (1939-1975). It might be expected that, with transition to democracy and freedom of religion, there would be greater openness to the Islamic past in Cordoba. But in fact, the opposite occurred: the last two decades have seen a new wave of christianization, as Church authorities have sought to downplay, discredit, and even deny the Islamic past. The long struggle over the building's fabric and meaning attests to the continuing power of the Islamic architectural legacy. But it is also a barometer of changing attitudes toward the Islamic past - and the meaning of that past for Spanish culture and society. 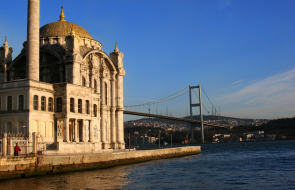 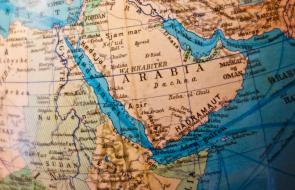 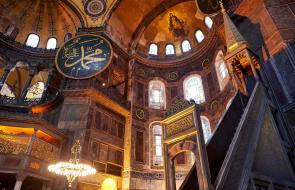