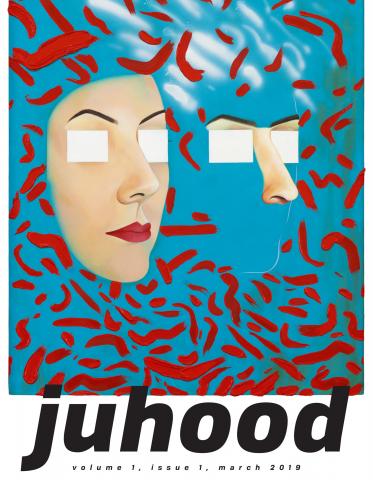 We are thrilled to present you with the re-launch of Juhood, Duke’s journal for academic undergraduate work on the Middle East that was discontinued in 2013. Our predecessors chose the name to counter the post-9/11 perception of the region as violent and fearsome-the Arabic word juhood (دوهج), which refers to hard work and effort, has the same roots as the stigmatized and connotative word jihad (داهج). The journal was named nine years ago, when Western academic dialogue regarding the Middle East was dominated by the subject of terrorism.

Our version of Juhood joins a conversation of the region that is no longer dictated by the legacy of 9/11. The freshmen who have worked on this journal were infants in 2001; the upperclassmen were preschoolers. We represent fresh perspectives and ideas for Middle Eastern Studies. Our journal intends to provide a medium for these new voices. As such, our design is intentionally non-academic; authors’ voices have not been edited out of their work and the language avoids scholarly clichés.

At the same time, we recognize our imperfections: nobody who worked on Juhood has received a degree past high-school. The content of this journal is a representation of our enthusiasm for the Middle East rather than an effort at empirical scholarship.

We are indebted to our many contributors, editors, artists, and advisors. Taravat Talepasand generously gave us her painting Reified for our front inner cover. Masha Feingold spent countless hours agonizing over the beautiful illustrations. Hannah Kaplon and Grayson Real represent the future of this journal. Bryan Rusch and Josh Curtis are invaluable leaders of the Duke Association for the Middle East. Natasha Rothenbucher and Jason Grill are extraordinary editors and invaluable members of our team. Our thanks to all other contributors and advisors.