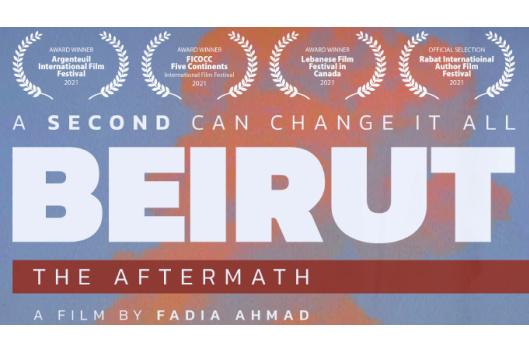 On the 29th of March, the Middle East Graduate Seminar, in collaboration with the Middle Eastern and North African Law Students Association, screened the documentary “Beirut, The Aftermath” at Griffith Theater. The screening was sponsored by the Duke University Middle East Studies Center, Asian & Middle Eastern Studies and the Duke University Center for International and Global Studies. Around ninety people including faculty, students, and community members from the triangle area attended the screening. While the movie was indeed emotional and overwhelming, it was enjoyed by everyone in the theater, who then filled the room with applause when it ended. The film depicts raw testimonials and powerful scenes that recount the day everything collapsed all while showing the resilience of a people who refuse to give up.

You can watch the documentary trailer here(link is external).

The Middle East Graduate Seminar is one of eight Graduate Working Groups on Global Issues supported by the DUCIGS for the year 2021-22.